Here is a Webinar (from 20th October 2021) highlighting the problems that Brexit has brought to music on both sides of the channel – The Webinar also contemplates solutions and answers to the new reality that we all find ourselves in as a third country.
Guest speakers were Professor Linda Merrick (Principal RNCM), Mark Pemberton (Director of the Association of British Orchestras.), Paul Pacifico (CEO of The Association of Independent Music) & myself Moderator. 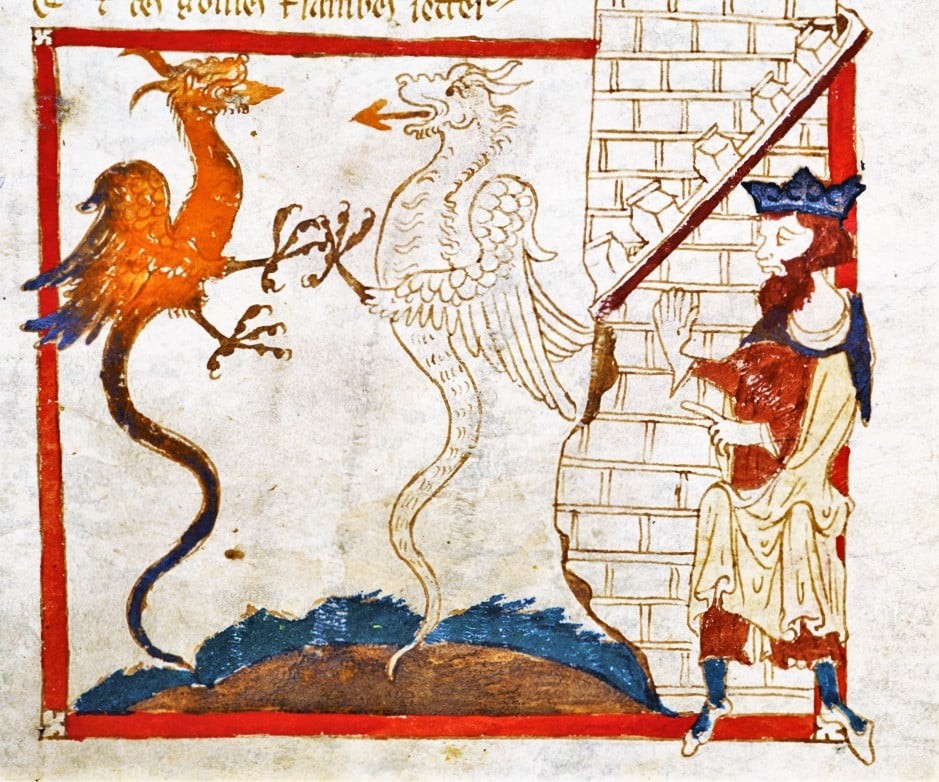 Next year conductor Neil Thomson, Violinist Peter Sheppard Skærved and The ORF Vienna Radio Symphony Orchestra (Radio Symphonie Orchester Wien) will collaborate in a premiere recording for Naxos of Clarke’s new Symphony for Violin and Orchestra entitled `The Prophecies of Merlin’. The recording will take place in Vienna in the second part of next year. `The Prophecies of Merlin’ is inspired by the `Historia Brittonum’ and `Vita Merlini’, both poetic histories written by Geoffrey of Monmouth in the first half of the 12th century. Though Monmouth intended his writings to be a factual account of Merlin’s life, they have no historical basis but nevertheless  provide a captivating story spawned from the author’s vivid imagination. More on this project to follow soon. 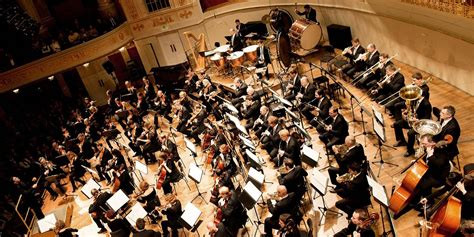 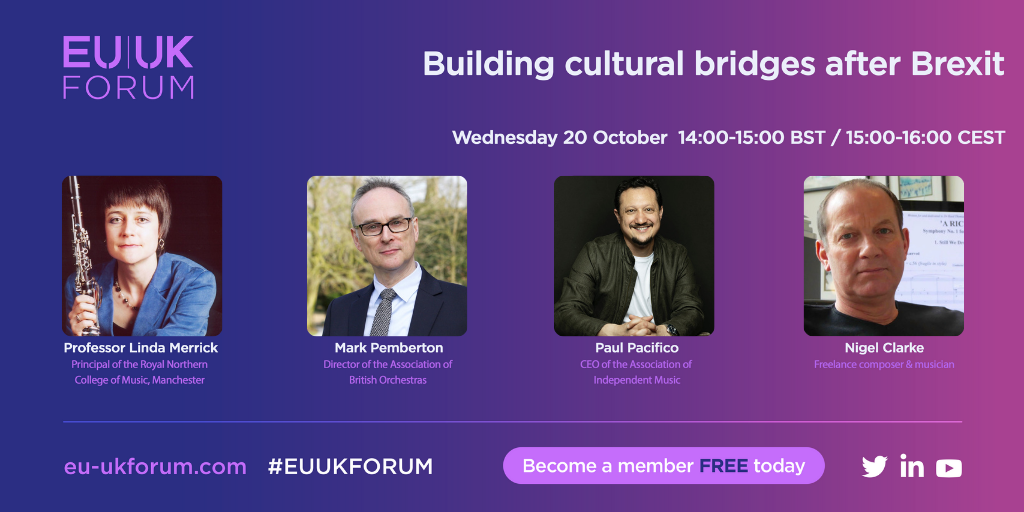 The aim of this webinar will be to highlight difficulties and challenges that Brexit has thrown up for UK artists and performers and try to discern solutions to this new reality. Though the focus will be on the music industry, many of the issues are shared by artists and organisations in other cultural fields.

Our three panel experts will be Professor Linda Merrick (Principal of the Royal Northern College of Music, Manchester), Paul Pacifico (CEO of the Association of Independent Music ) and Mark Pemberton (Director of the Association of British Orchestras). Our moderator will be Dr Nigel Clarke, a freelance composer and musician.

Exclusively for our members –

Alhambra Records have announced the release of a 20th Anniversary Limited Edition of the Original Movie Soundtrack to the `THE LITTLE POLAR BEAR’. It only seems like yesterday that we were all in Angel Studios, London recording the score to the feature-length animation with the Royal Philharmonic Orchestra. A couple of the tracks feature a dear friend who sadly is no longer with us, the flautist Francesca Hanley. This anniversary edition also features a bonus track, `Secret Places’ sung by Hannah Robertson.

If you fancy listening to a few key moments from the score, Alhambra Records have produced this YouTube teaser. A big thank you to Alhambra Records for their re-masting and production of the score and Rothkirch Cartoon Film for making this possible.

A breathtaking performance of `Samurai’ by the Banda Simfònica Municipal de València under the direction of Rafael Sanz-Espert.

This performance goes back to 10th April 2011 in the Palau de la Música, Spain. 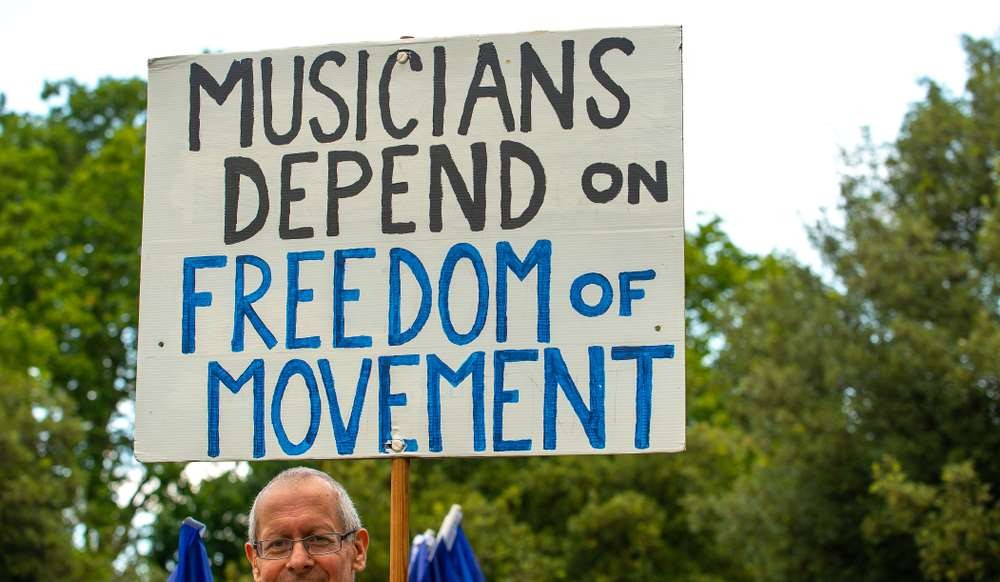 See a recent article of concern that I have written for the online magazine `Encompass’. The magazine deliverers comment, opinion and analysis on the affairs of the European Union and Europe’s place in the world.

On 20 October, I will moderate a webinar on behalf of the EU-UK Forum. Our three industry experts on the panel will be Professor Linda Merrick (Principal of the Royal Northern College of Music, Manchester), Paul Pacifico (CEO of the Association of Independent Music ) and Mark Pemberton (Director of the Association of British Orchestras). The aim will be to highlight problems that Brexit has brought to music and try to contemplate solutions and answers to the new reality.

Nigel has been commissioned to write a new large-scale work in honour of the 125th Anniversary of The Fanfareorkest De Hoop Stellendam. The result will be conducted by their newly appointed conductor Anne van den Berg. Based in the Netherlands, the orchestra has asked that Nigel celebrate in his composition the Netherlands famous Delta Works, a series of dams, sluices, locks, dykes, levees, and storm surge barriers in South Holland and Zeeland that protect the coast from serious flooding. It regarded internationally as one of “The Seven Wonders of the Modern” and is praised by the American Society of Civil Engineers. As well as celebrating this extraordinary engineering achievement, Nigel also plans to bring an environmental flavour into this work. The The Fanfareorkest De Hoop Stellendam are no strangers to Nigel’s work as they performed his Earthrise back in 2018. Nigel says that as a British (Belgium based) composer that he is very privileged to have been asked to write this piece for the orchestra’s 125 anniversary!

To learn more about the Delta Works go to:

The CD `When Worlds Collide’ (winner of the 2013 `4barsrest CD of the year’) has now been re-released on digital streaming services Spotify, Tidal, Deezer & YouTube Music and can be downloaded from the iTunes Store. This recording features Brass Band Buizingen (at the time of recording Belgium National Champions) conducted by Luc Vertommen with soloists Harmen Vanhoorne (Cornet) & Glen Van Looy (Euphonium). Each work on the disc has an introductory poem specially commissioned from the writer, and poet Martin Westlake read by Frank Renton.
Preview Link: https://lnk.to/whenworldscollide