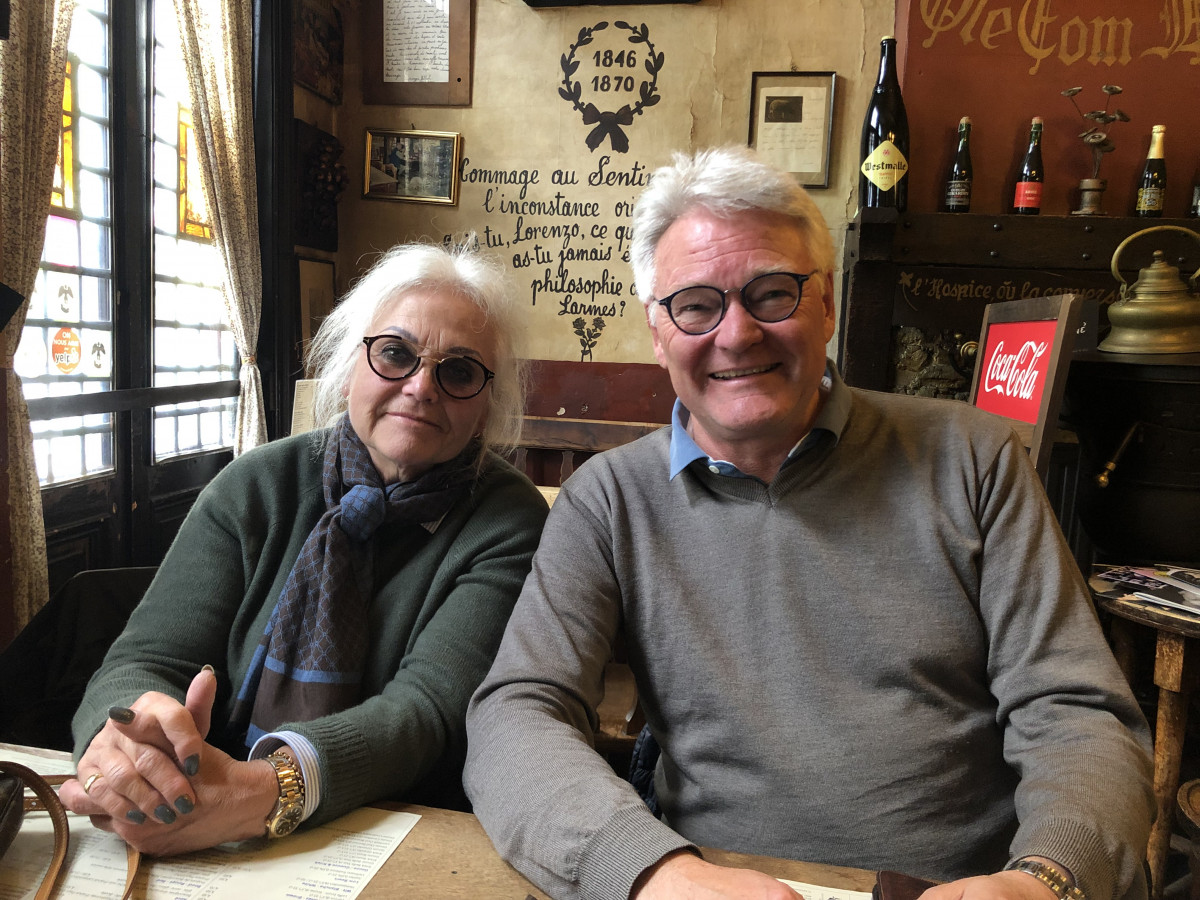 I have just recently visited my favourite bar in Brussels called La Fleur en Papier Doré (The Golden Paper Flower). My visit was to meet up with my two dear friends Gunnar & Gunnila Preifors who are from Sweden. Gunnar is very much involved as a clarinettist with The Göteborg Symphonic Band, who have performed a couple of my works over the years.

What is so special for me about La Fleur en Papier Doré is that in the 20th century, it became a meeting place for members of the Belgian surrealist movement, including the artist René Magritte.

I am a frequent visitor to La Fleur en Papier Doré. Apart from the attraction of the famous Belgian beers and traditional cuisine on offer(!), I am excited to think of all those great minds, intellects and talents that have come together there. I felt I wanted to write a musical portrait about this unique haunt from my very first visit. I have described my musical offering as a `Surrealist Fantasy’. The work is written in two distinct sections named after Magritte paintings: I. La Lampe Philosophique (The Philosopher’s Lamp) II. L’Echelle de Feu (The Ladder of Fire). Both are intended to conjure up the undoubtedly thought-provoking conversations and debates that must have taken place amongst all those eminent artists, writers and poets as they propped up the bar. I commissioned a poem by the writer Martin Westlake to capture the atmosphere and sentiment of the work.

Myself Stella and Gunnila at the La Fleur en Papier Doré

Here is the world premiere which conductor Matthew J. George gave with his orchestra `Grand Symphonic Winds’ – the performance was given on 20th December 2019 at the Midwest Clinic, in the McCormick Convention Centre, Chicago. This for concert for me was the last concert I attended before the Coronavirus lockdown in Belgium. The work is published by HAFABRA Music and is dedicated to Louis Martinus who commissioned the work. 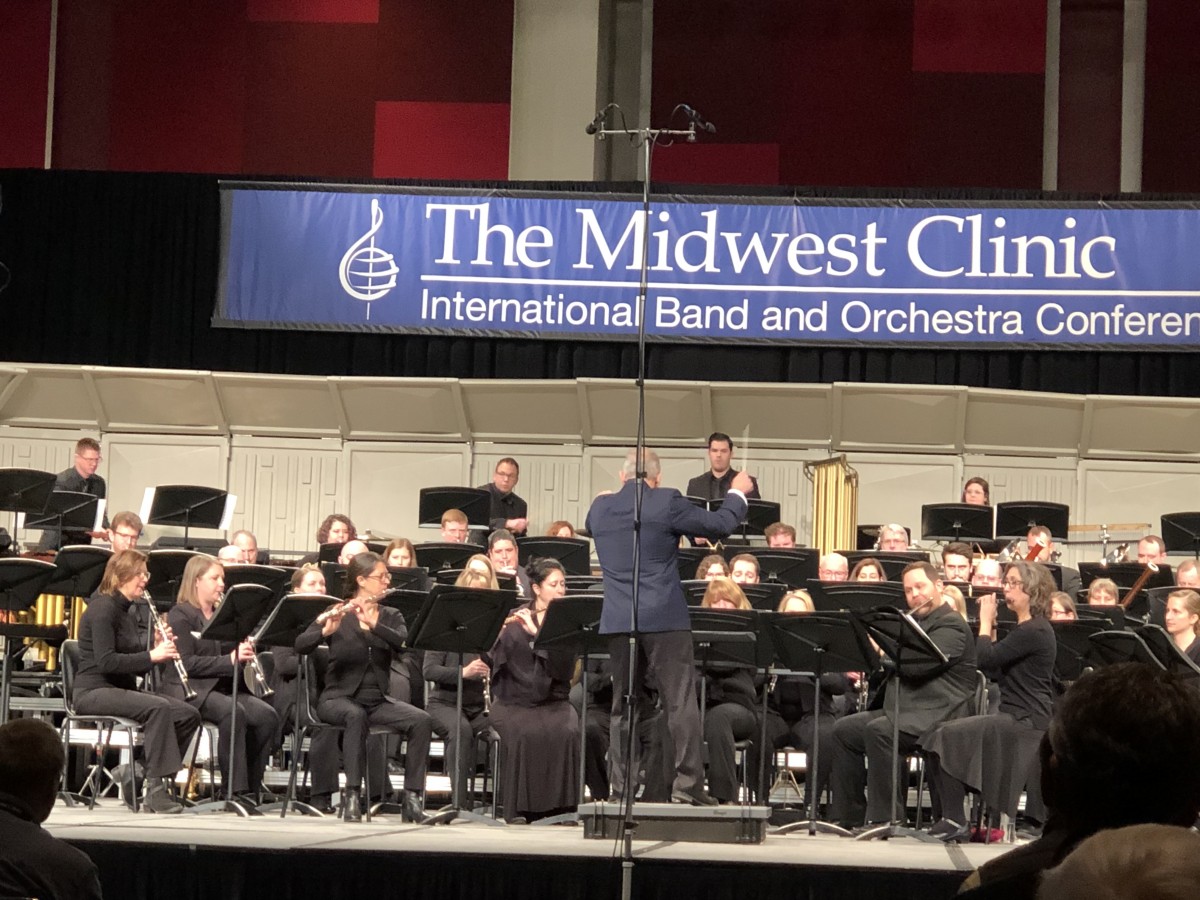 As the war drifted away to the East,

Surely artists needed a space to think and drink,

And talk, of course.

Rented a small house in

And opened a café,

And he painted them on the walls.

Who could disagree with his belief

That everybody is entitled to twenty-four hours

Of liberty every day?

Or that when the grass grows,

With anything and everything,

While countless cigars and cigarettes

Truth be told, Geert was not that good an artist.

Or perhaps it was more that he was an artists’ artist,

For the artists came in their droves to think and drink,

And talk, of course,

Just as Geert and Marie-Jeanne had imagined they would

René Magritte and the surrealists,

When he was not Hergé drawing Tintin,

And Jacques Brel savoured the Geuze

And helped brown the walls with

Twenty years after Geert had that idea

He passed away, and everybody said

That it wasn’t really the same anymore.

Anyway, all the artists have long since gone now,

But the café lives on

With Geert’s thoughts on the walls

And all those artists’ spirits

Dancing above the tables

[iii] The Celle Brothers were an ancient and obscure religious order.

[1] The Celle Brothers were an ancient and obscure religious order.