Nigel has just recently attended the recording of `The Prophecies of Merlin’ a 5 movement Symphony for Violin & Orchestra. The RSO Vienna Radio Symphony Orchestra under the baton of British  conductor Neil Thomson and the British violinist Peter Sheppard Skærved recorded the 65 minute work in Studio 6 ORF Funkhaus. 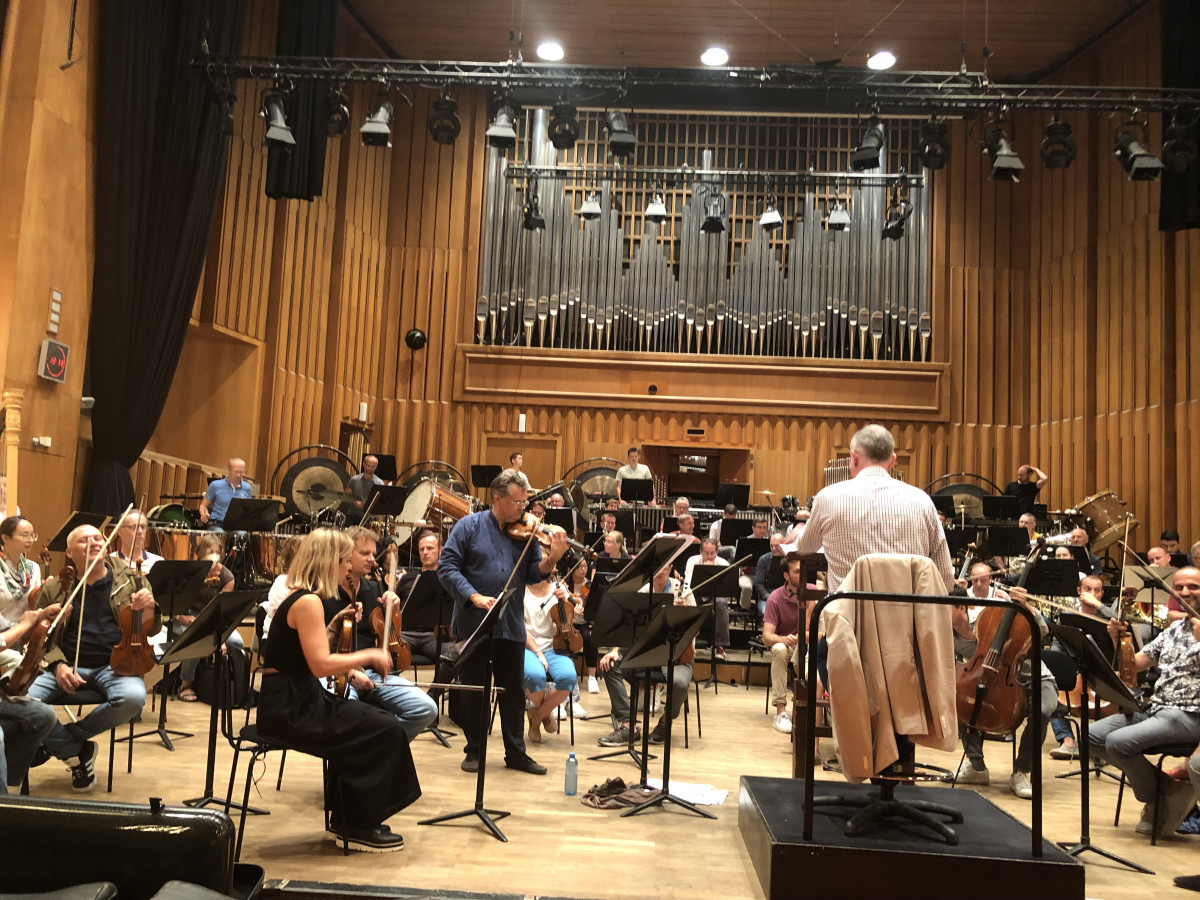 “The seed of the idea for a symphony for violin and orchestra came from a short text message that I received at the beginning of the pandemic from Peter Sheppard Skærved:

“Nigel, I am determined, despite everything, to make this year as positive and creative as possible. SO – why don’t you and I think about what we would like to do? Enough with these windy, brassy things, and come back to horse hair!! It’s been too long since we made a project, and I think we should not let the grass grow any longer!!”

“Peter pointed me to the 12th century writings of the cleric Geoffrey of Monmouth who depicted the magician Merlin in his `De gestis Britonum’ and `Vita Merlini’. As soon as I read this text, I knew that this subject-matter would lend itself to the structure of a symphony”.

Monmouth presented his writings as a chronicle of Merlin’s life, although they have little or no historical basis. What can be said is that Monmouth forged enchanting tales from the shards of myth and from his vivid imagination. The ‘Vita Merlini’ begins with Merlin as a grief-stricken prophet, who has escaped from the wars with the Scots to seek refuge in the Calidon Wood, the once-great wildwood of northern Britain. Mentally enfeebled and distraught from the slaughter of so many comrades, the sorcerer takes up the life of a hermit, but by winter he is near starvation and madness. News of his plight reaches his sister Ganieda, wife of the Cumbrian King Rodarchus and she summons Merlin to court, where she seeks to cure his madness through music and song, binding him with chains for his safety. Once his mental and physical health is restored, Merlin convinces Ganieda and Rodarchus that he is a prophet and that he should return to the Calidon Wood. 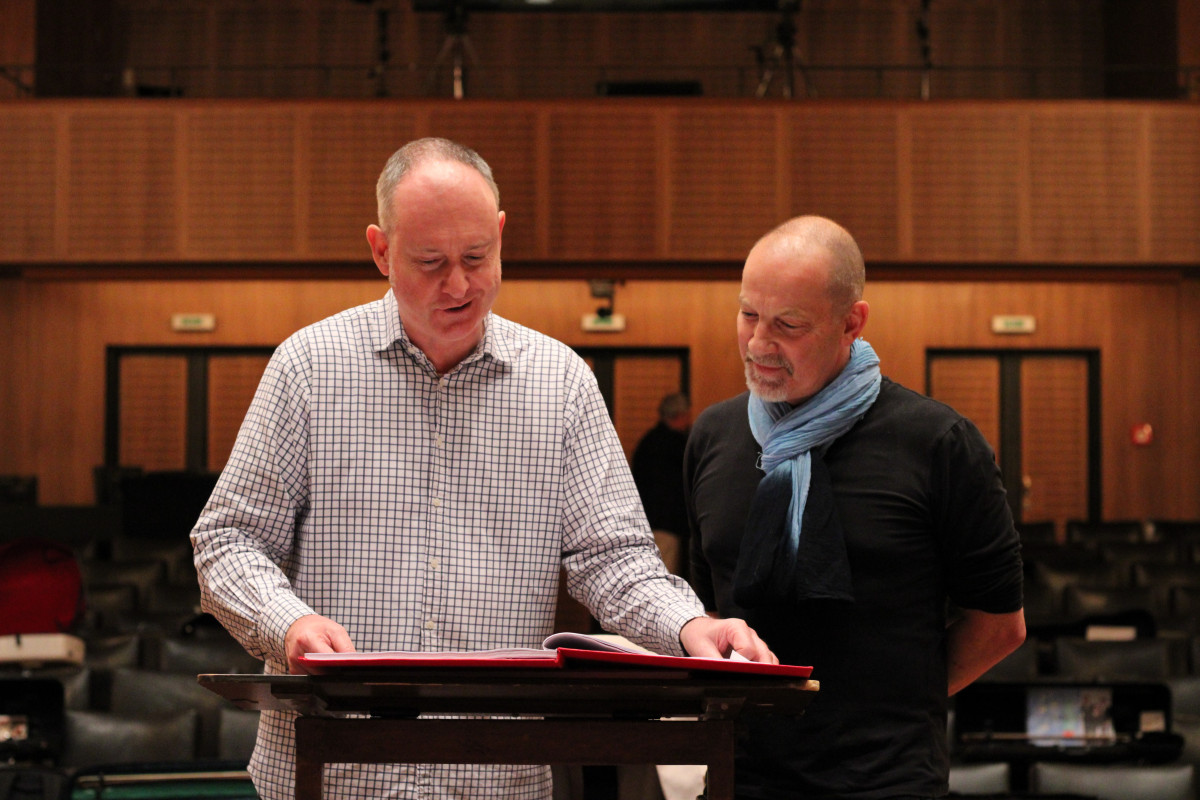 From this moment on Merlin begins prophesying a terror-filled future for the islands and peoples of Britain; mountains and valleys would be levelled and rivers and streams would run with blood. Addressing King Rodarchus, he describes how men would grieve the destruction of their cities, how the Severn Sea would burn and boil for seven months and how fish would die and from their dead carcasses, great serpents would be born.

Merlin also foretells how the progeny of Igraine and Uther, King Arthur, ‘The Boar of Cornwall,’ would trample on the necks of the Saxon invaders and how a shower of blood would fall from the sky and afflict all peoples with starvation and pestilence. Traitors would begin preaching, men would be imprisoned and many would go to war. The land of the Britons would tear itself in two, and the great River Thames would turn to blood, while elemental winds would do battle and ill-omensspangle the constellations.

Merlin’s litany of wild prophecies surges on relentlessly, but suddenly an enchanted spring of bright water appears in the Wildwood. Merlin drinks the waters and his sanity is restored; he then renounces the gift of prophecy and retreats deep into the wood, away from a godless world. 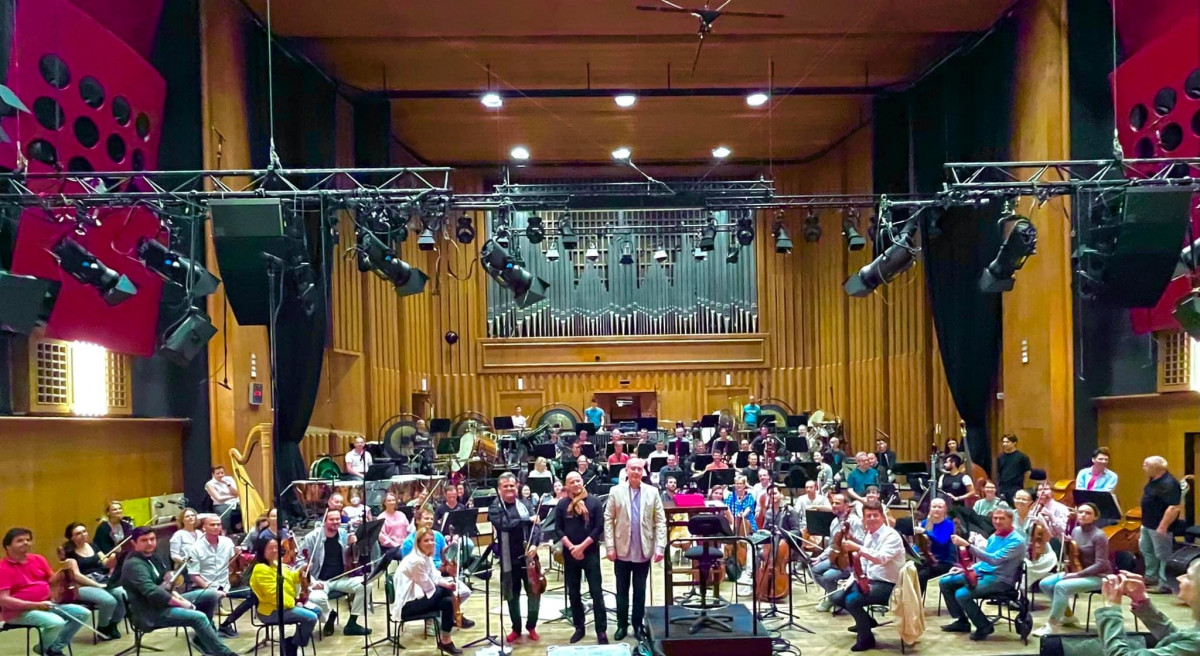 Nigel, Peter & Neil at the end of recording with the RSO Vienna Radio Symphony Orchestra

`The Prophecies of Merlin’ has five movements which simulate five medieval musical tapestries with each movement named after a location mentioned in Monmouth’s writings. I have cast the violin as the maddened Merlin, either raging alone, or caught up in the wildwood tumult of the orchestra.” The five movements are entitled: Tapestry I. Calidon Wood, Tapestry II. Calaterium Forest, Tapestry III. Severn Sea, Tapestry IV. Canute’s Wood & Tapestry V. Daneian Forest.

Nigel’s symphony brims with rhythmic drive and bravura orchestration, juxtaposing savage musical outbursts with moments of sheer transcendental beauty. Listen below to some short extracts from  `The Prophecies of Merlin’ performed by The RSO Vienna Radio Symphony Orchestra conducted by Neil Thomson and soloist Peter Sheppard Skærved. The recording will have a Naxos CD label release in the second half of 2023. `The Prophecies of Merlin’ will soon be available from Nigel’s publisher Studio Music Company.

Extract from: Tapestry I. – The Calidon Wood 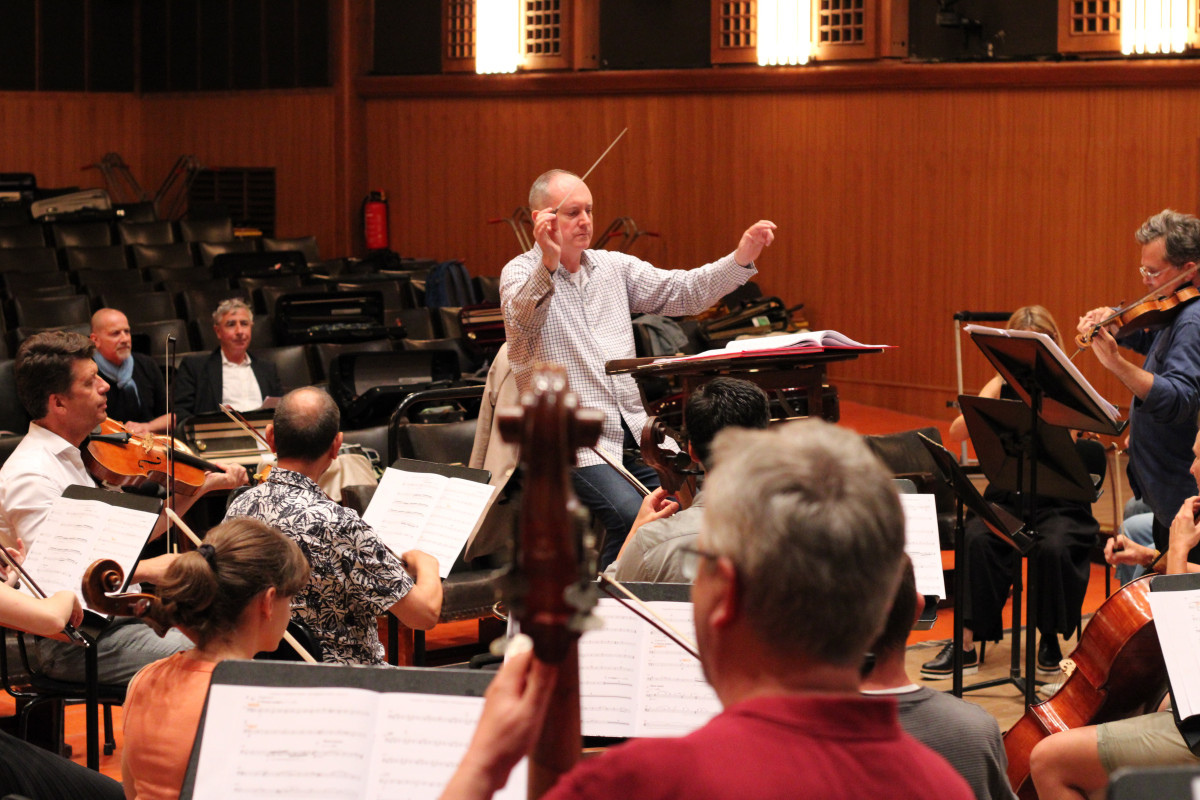 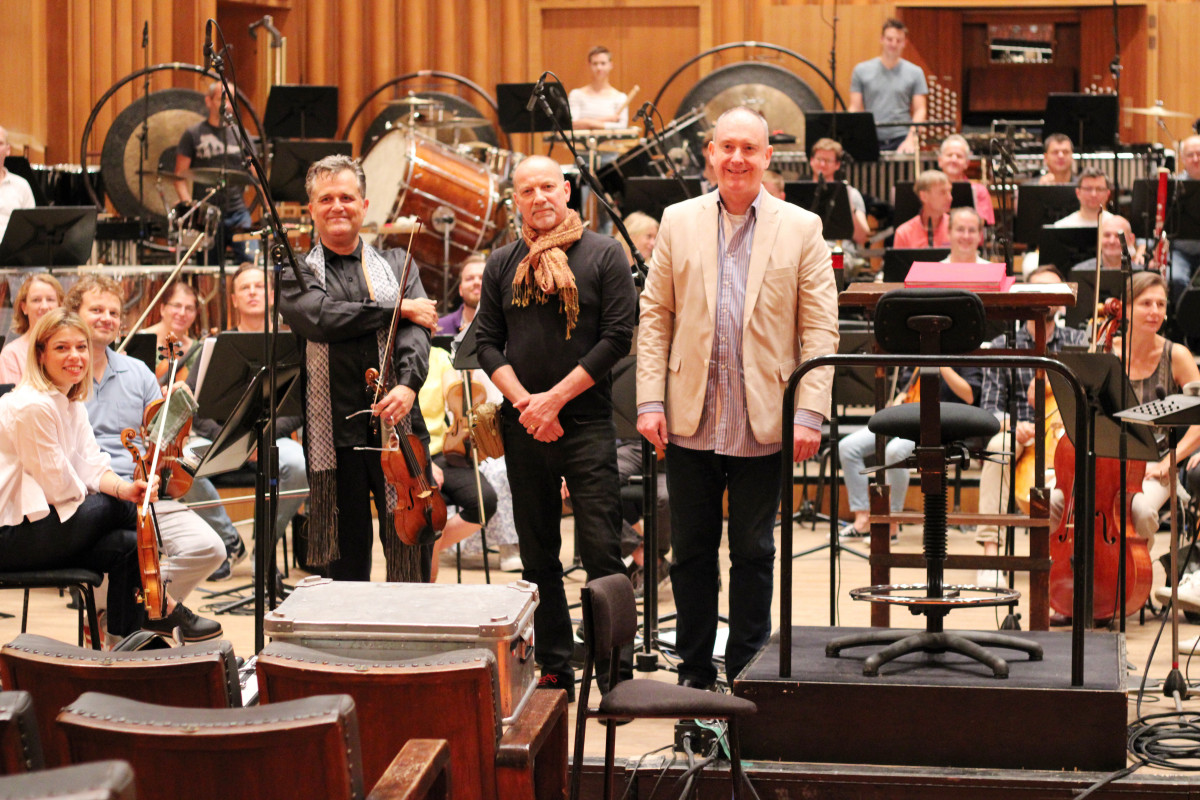 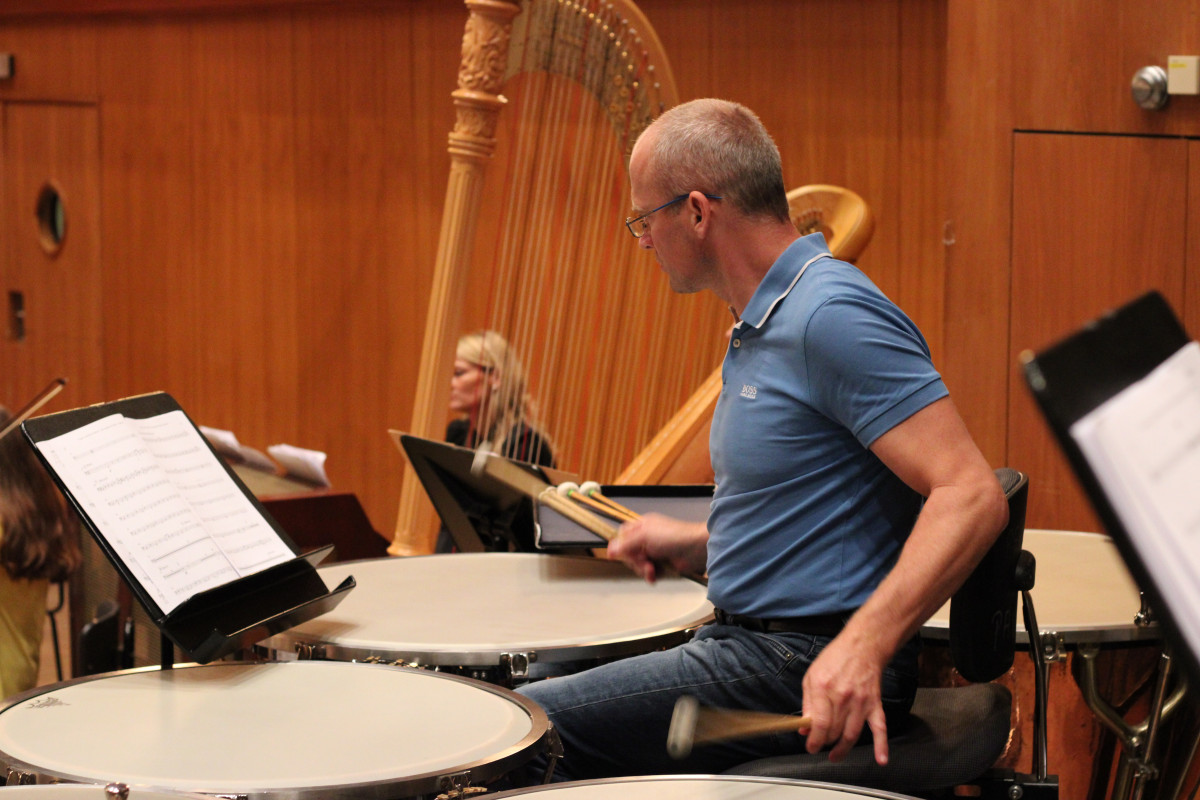 Josef Gumpinger recording `The Prophecies of Merlin’ with the RSO Vienna 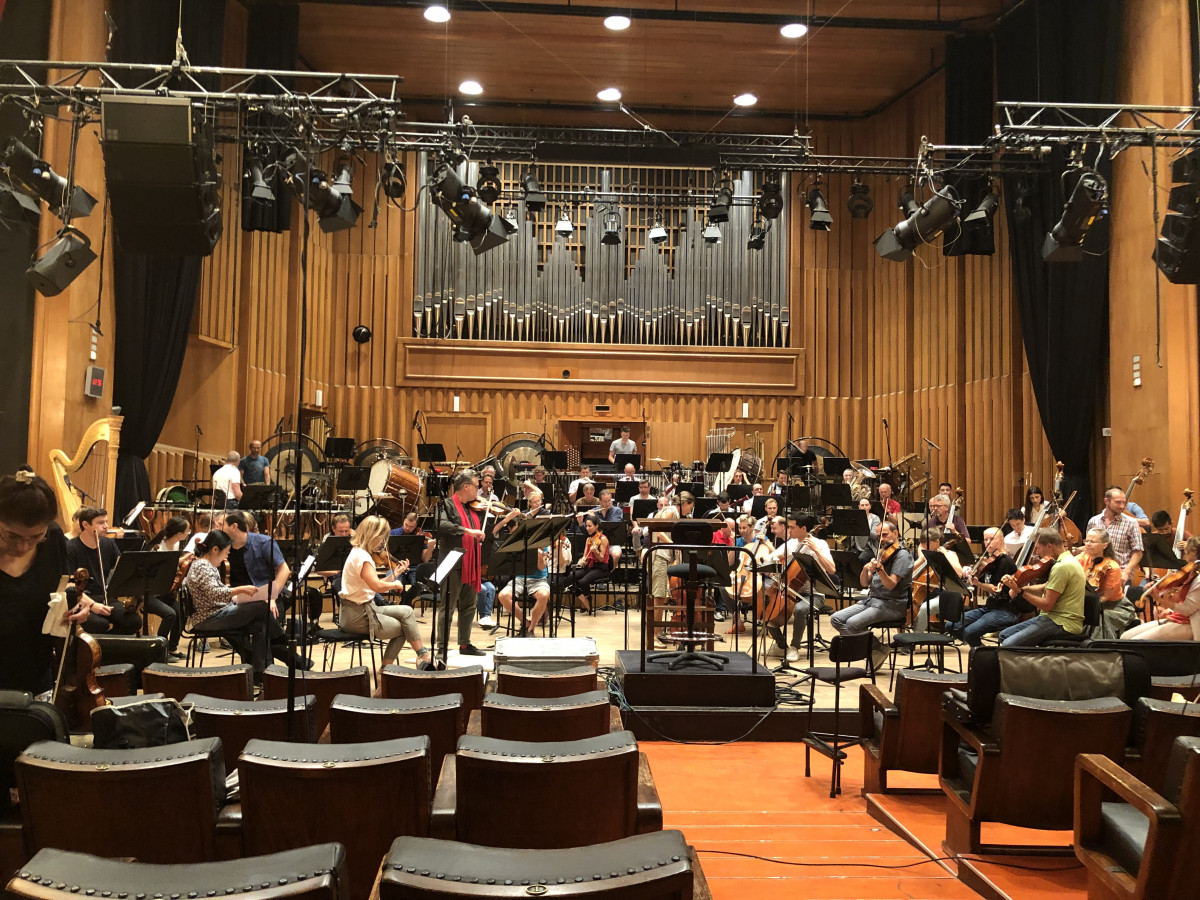 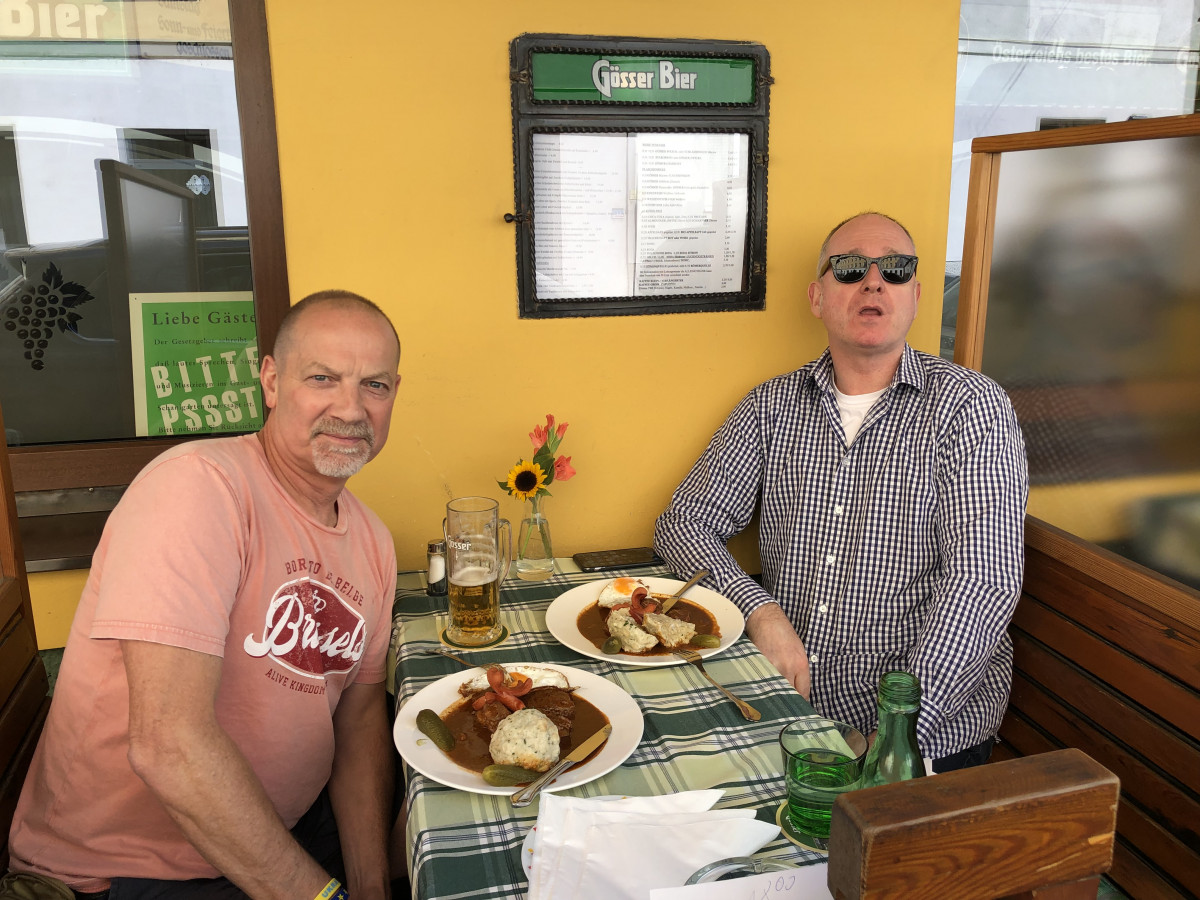 Nigel & Neil taking a few moments away from the recording project 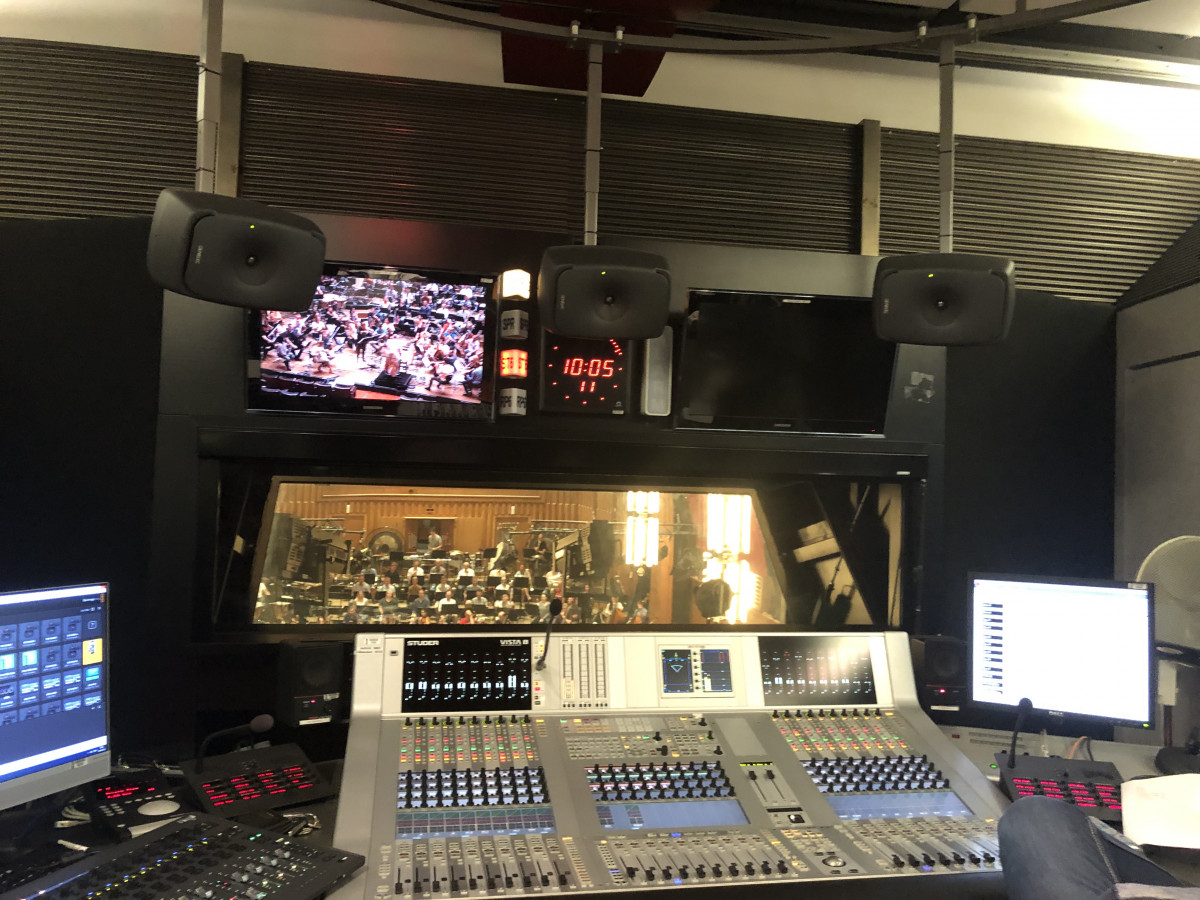 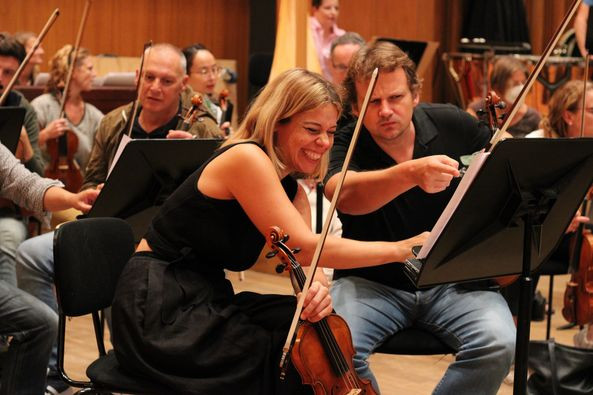 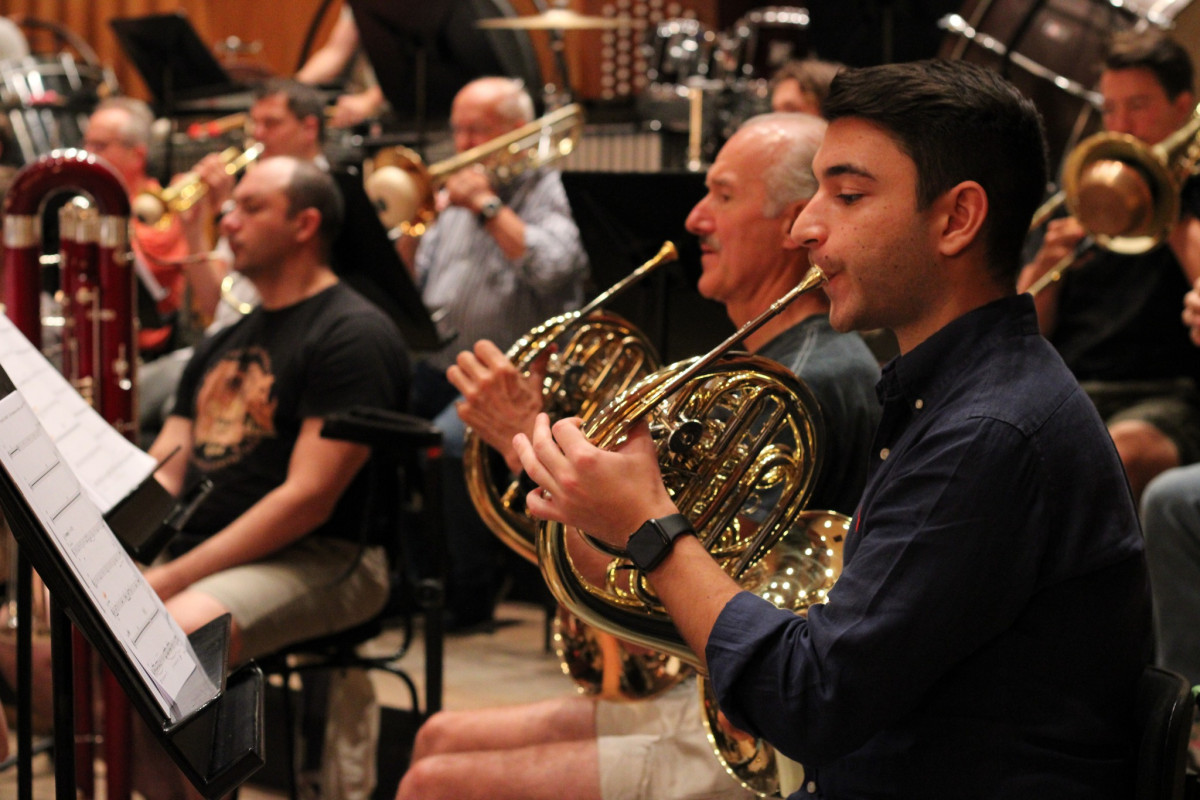 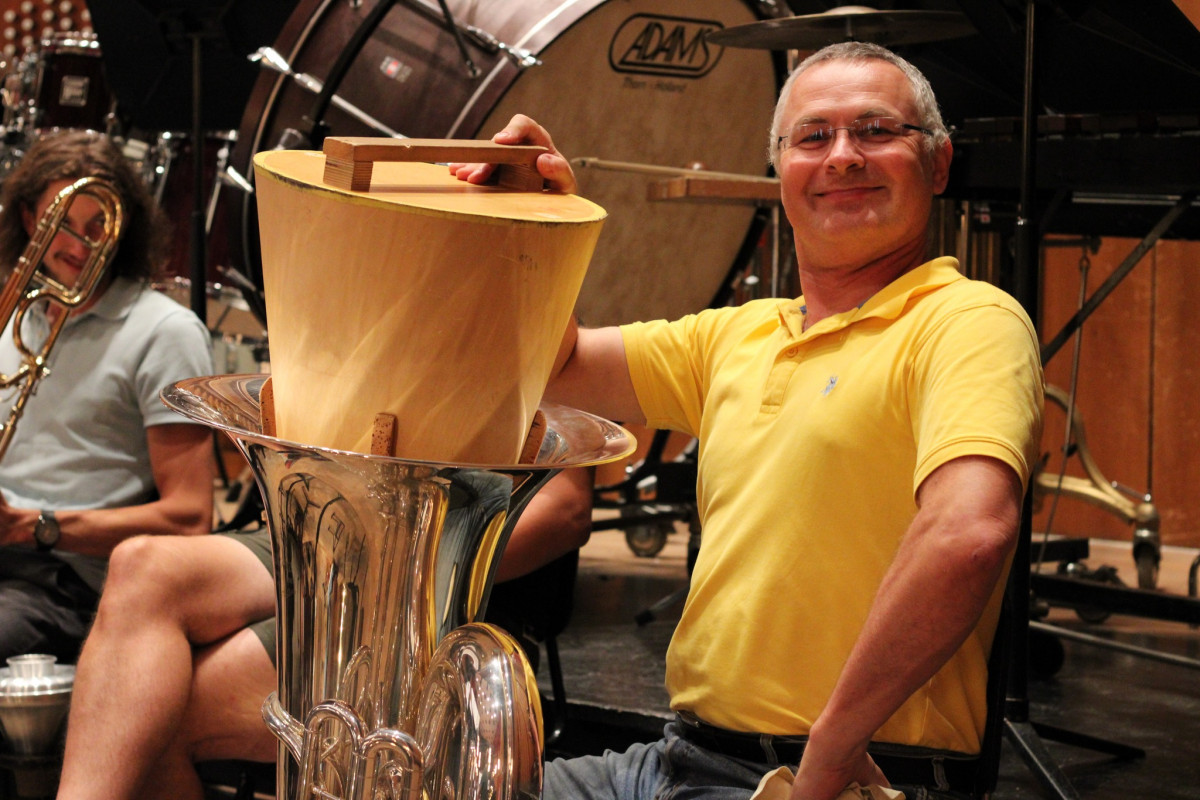 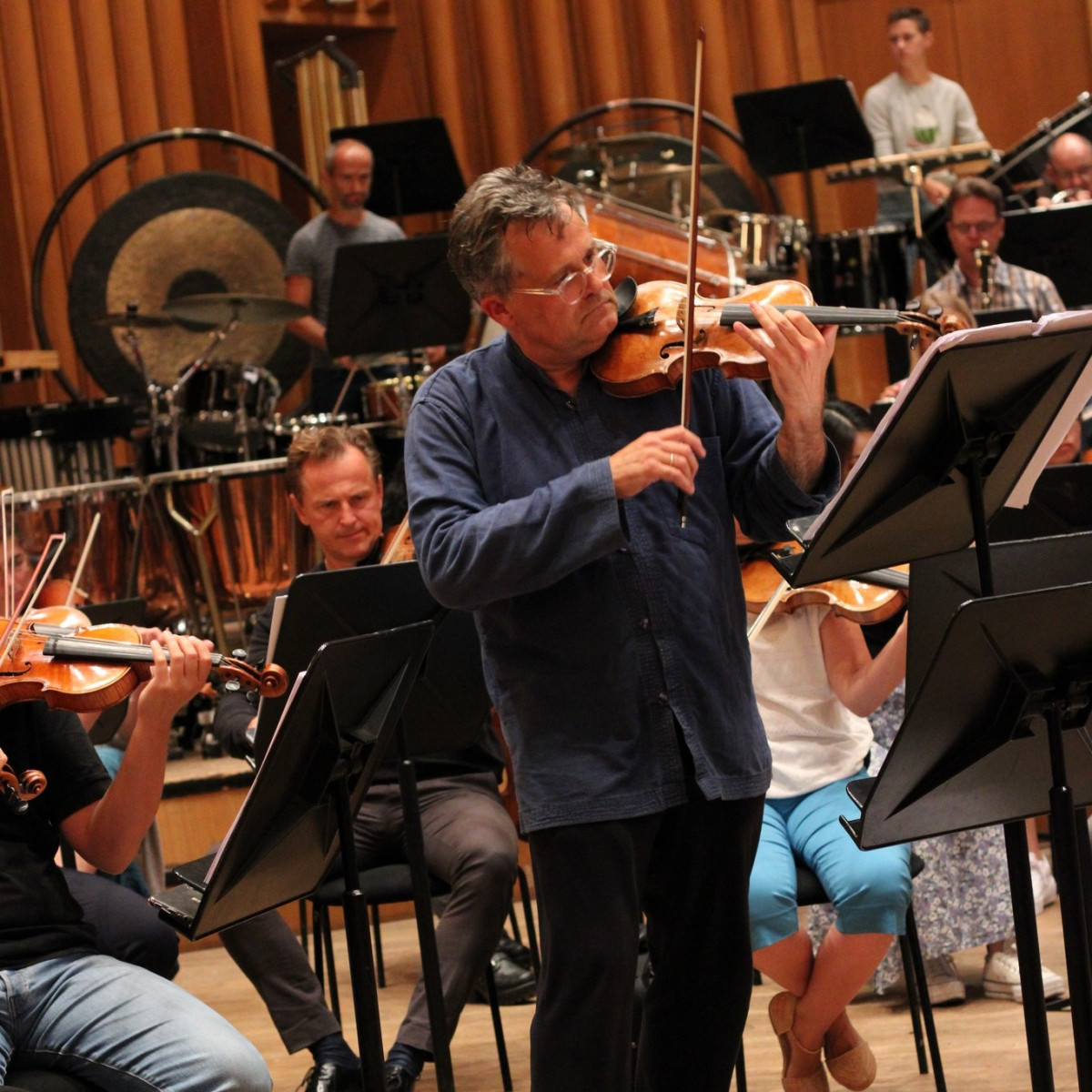 Peter Sheppard Skærved weaving his magic with the RSO Vienna 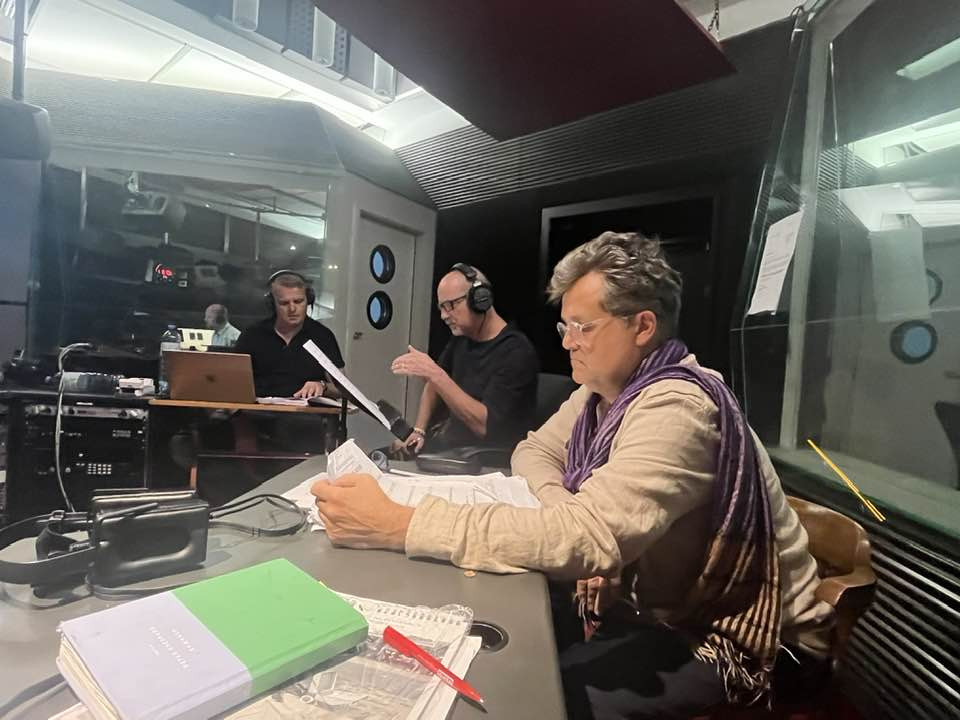 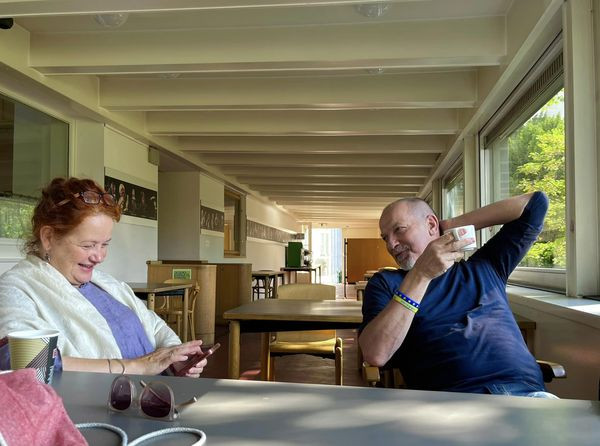 Nigel with Malene Sheppard Skærved in the ORF Funkhaus, canteen